Skip to navigation Skip to content
Your Cart
Change Languages

FREE SHIPPING FOR ALL ORDERS IN EUROPEAN UNION! 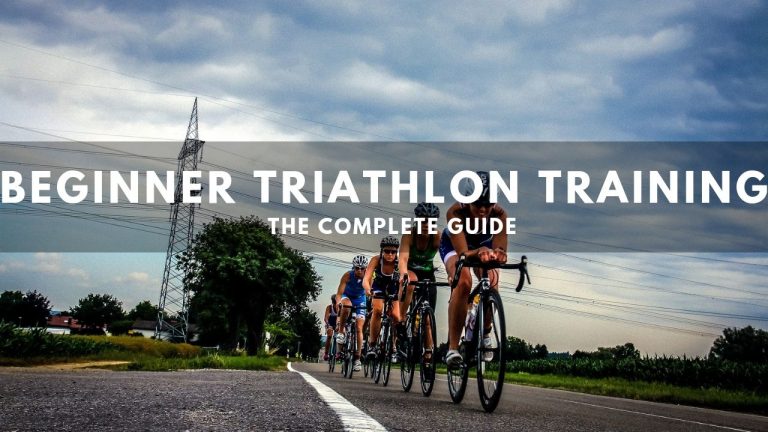 New to triathlon? Here’s everything you need to know.

Triathlon consist of three individual sports: swimming, cycling, and running. Done one after the other, triathlon is one of the world’s most challenging sports.

You may be wondering if you’re swimming, cycling, and running how long are you performing each discipline for? The standard (Olympic) distance for a triathlon is a 1,500m swim, a 40km bike, and finishing with a 10km run.

Regardless of the distance you choose, a lot of the training and equipment you’ll be needing are relatively similar. The rest of this article will address everything you need to know if you’re considering beginning triathlon. From what triathlon is, the different distances, equipment, and gear you’ll need and even what diet to follow.

Without further or do, here’s what you need to know as a beginner to triathlon.

With there being three different disciplines, all of which are equally important, it’s essential to train each discipline equally. If you neglect an individual discipline, you may end up weaker in that given area.

For example, if you train on the bike twice a week, hit the pool twice a week, and only run once a week, you’ll most likely end up slightly weaker in this area. To become an all-round stronger triathlete, it’s important to train each and every discipline to the same level.

However, there is an exception to this. If you already participate in one of the three sports, chances are you’re going to be stronger in this sport, to begin with. For example, if you’ve run an average of five-time a week for five years, then you’re naturally going to be a faster and stronger runner.

If this is the case, and you’re better at one given discipline than the others, you may actually benefit from cutting back and training the other disciplines more frequently, at least until they’re at a similar level.

For example, if you’re a particularly strong runner and have been for several years, cutting back your running training and focusing on weaker areas will have you improve in triathlon much quicker.

As a beginner, however, you’ll want to ease into this transition. Begin training each discipline once per week for a number of weeks, at least until you feel comfortable taking the leap and training for a total of six sessions. Easing into your training as a beginner is essential to reducing your risk of injury while allowing for steady progress in your training.

Remember to include at least one rest day per week into your training too, allowing you to hit each session with almighty grit while allowing your body time to recover.

For best results, we suggest finding a coach or alternatively following an online triathlon training plan specifically designed for beginners. This too will minimize your risk of injury while allowing you to get the most out of the sport.

# What is a sprint triathlon?

The sprint triathlon is the shortest of the triathlon distances, making for a perfect introduction for beginners to the sport.

These events usually consist of a 750m swim in an ocean/lake/river, a 20km bike ride, and finally a 5km run. Most beginners will start off on sprint triathlons; however, sprint triathlons are in fact, not exclusive to beginners.

It’s common to see much higher-level triathletes competing at the shorter distance to test their times and potential over a much shorter, yet intense course when done properly.

# How to train for a sprint triathlon?

Much like the training we’ve mentioned previously, you’ll want to aim to swim, bike, and run on alternating days. Aim for a maximum of six sessions per week, two for each discipline.

We also suggest including a strength training session once a week on one of your activity days (still leaving one day entirely free for rest). This will build triathlon-specific strength, perfect for increasing explosive power and reducing your risk of injury.

As a novice, we recommend this beginner 5-move circuit workout by Running101.

If you’re not a fan of going it on your own, triathlon coaching may be for you. With plenty of triathlon coaches around, you’ll find the correct balance between all three sports without overdoing a specific one.

Remember, there is a difference between standard running, swimming, and cycling coaches. Although having a coach for each specific sport will work, it’s best to inform them of your training so that they can alter your training program accordingly to your triathlon distance. 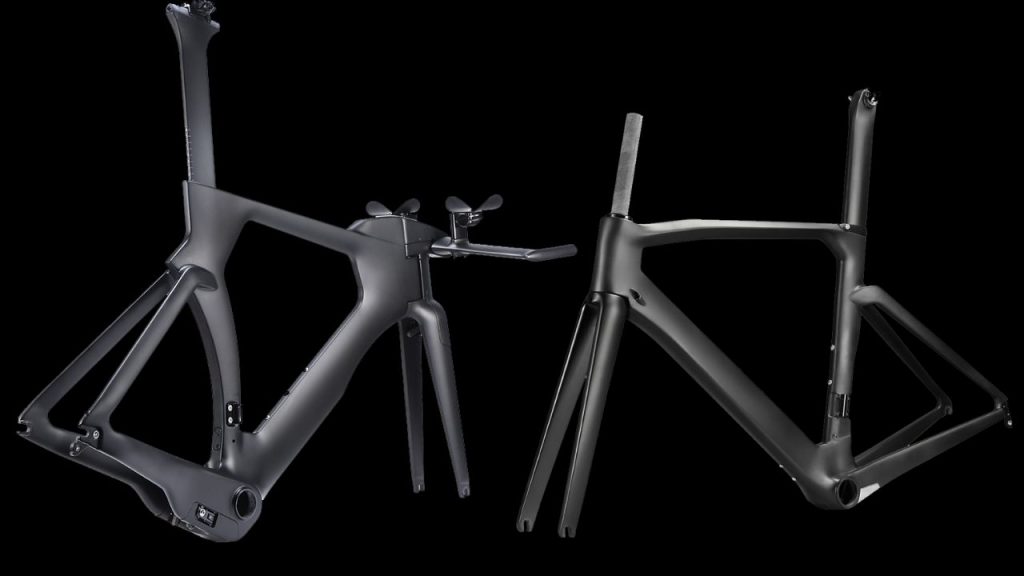 You may be wondering, what one earth is the difference between a triathlon bike and a traditional road bike?

The main difference between the two is that triathlon bikes house a much larger seat tube angle. Instead of the regular 72 degrees, the seat tube is averaged at 76 and even up to 78 degrees. This angle allows for an increased aero position, perfect for generating speed when racing.

It should be noted, however, that using a triathlon bike at regular cycle races is generally not well-received. The same applies to some group rides; depending on who you’re riding with, of course.

Before starting your first triathlon, we suggest creating a checklist of equipment to remember, things to do, and what to bring. Here’s our go-to triathlon checklist:

While there are many other pieces of gear and kit which could easily be added to the checklist such as a towel, sunscreen, and a bike tire pump, it goes without saying that these are the necessary items. Besides, you can’t compete if you don’t remember your bike…

Due to the high volume of training required when training for a triathlon, you’ll want your diet to be in check. Ensure to eat plenty of a diet rich in carbohydrates, proteins, little fats, and veg.

If performing more than one discipline on a given day, or including a weights session along with your regular training it’s even more important to consume plenty of protein to repair and rebuild our muscles, along with enough carbohydrates and vegetables to provide us the energy required to actually train and perform everyday tasks!

A triathlon suit is a one-piece suit designed for performing each discipline simultaneously without having to switch out of gear. Therefore, this incorporates key features from a wet suit, the fit, and comfort of cycling gear, and the non-restrictive nature required while running.

There is only a slight difference between regular cycling shoes and triathlon shoes. Triathlon shoes often only include one strap instead of two, along with a flimsier heel to speed up transition times.

While regular cycling shoes can be used instead, wearing triathlon-specific cycling shoes is advised as this will save you valuable time when coming out of the water.

Throughout each triathlon event, there are set locations to transition into a different gear. For example, once out of the water, there is a section to switch into cycling shoes and find your cycle. Likewise, once you’ve finished the cycle section of the course, there is another transition area where you’ll rack up your bike, remove your helmet, and switch into your lightweight running trainers.

There is a wide range of different apparel available for those competing in triathlons. These include triathlon suits, triathlon cycling shoes, triathlon running shoes, and triathlon helmets.

For general training purposes, we recommend using a triathlon bike (a road bike will do fine if not), a high-quality cushioned pair of running shoes, and a standard swimsuit/wet suit. However, when competing, it’s important to wear the correct gear to decrease transition times, improve comfort, and of course look the part!

When purchasing a helmet, it’s best not to skimp on price. Consider it an investment, the higher-end helmet you buy the safer you’ll be when you fall.

A desert triathlon is just as it sounds, a grueling three discipline event hosted in the desert. Not for the faint-hearted, this event is for those looking for a challenge, perhaps already conquered their first triathlon or ironman and now looking for something else to push them on.

If competing in a desert triathlon, it’s essential to practice your hydration strategy beforehand, wear the right equipment, and of course rock a pair of shades and sunscreen.

Now over to you

Do you have a plan for the beginning of triathlon training?

Or you race on your road bike with a TT handlebar set?

Or you want to shave the triathlon training 14 days schedule sheet?

Either way, please let us know in the comments 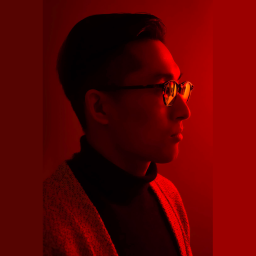 Mayo ZhangCo-Founder of Rinasclta Bike. With over 10 years experiences in international trade and business, with tremendous passion on cycling industry, I share the in-depth guides on bikes and sourcing experiences from China. Quora | LinkedIn
Posted in:
Cycling Tips
Leave a Reply Cancel reply

Need help? Chat with us or write to us: info@rinascltabike.com

We use cookies on our website to give you the most relevant experience by remembering your preferences and repeat visits. By clicking “Accept”, you consent to the use of ALL the cookies.
Do not sell my personal information.
Cookie SettingsAccept
Manage consent

This website uses cookies to improve your experience while you navigate through the website. Out of these, the cookies that are categorized as necessary are stored on your browser as they are essential for the working of basic functionalities of the website. We also use third-party cookies that help us analyze and understand how you use this website. These cookies will be stored in your browser only with your consent. You also have the option to opt-out of these cookies. But opting out of some of these cookies may affect your browsing experience.
Necessary Always Enabled
Necessary cookies are absolutely essential for the website to function properly. These cookies ensure basic functionalities and security features of the website, anonymously.
Functional
Functional cookies help to perform certain functionalities like sharing the content of the website on social media platforms, collect feedbacks, and other third-party features.
Performance
Performance cookies are used to understand and analyze the key performance indexes of the website which helps in delivering a better user experience for the visitors.
Analytics
Analytical cookies are used to understand how visitors interact with the website. These cookies help provide information on metrics the number of visitors, bounce rate, traffic source, etc.
Advertisement
Advertisement cookies are used to provide visitors with relevant ads and marketing campaigns. These cookies track visitors across websites and collect information to provide customized ads.
Others
Other uncategorized cookies are those that are being analyzed and have not been classified into a category as yet.
SAVE & ACCEPT

You were not leaving your cart just like that, right?

Enter your details below to save your shopping cart for later. And, who knows, maybe we will even send you a sweet discount code :)